Chinatsu Ban was born in Aichi Prefecture in 1973. In 1997, she graduated from the Department of Oil Painting at Tama Art University. She currently works at Takashi Murakami's Saitama-based company Kaikai Kiki. Elephants wearing underpants or tights are main characters of her works. In February 2005, she had her first solo show in the US at Marianne Boesky Gallery in New York. In the same year, her giant yellow elephant sculptures were exhibited in New York City's Dorris C. Freedman Plaza. 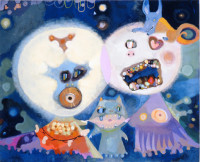 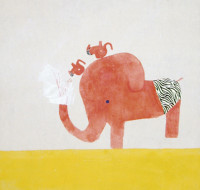 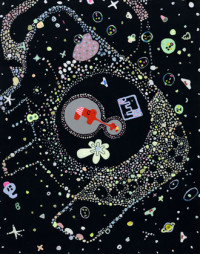 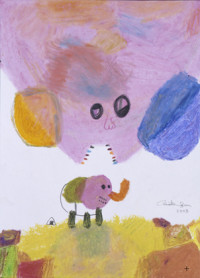 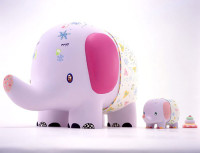 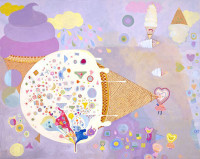