Raymond Templar was a Parisian jeweler, born in 1891. His grandfather, Charles, founded the Templier firm in Paris in 1849. The family business was passed down to Raymond’s father, Paul, with Raymond joining in 1919. From 1909-12 Raymond studied at the École Superieure des Arts Decoratifs in Paris. At the 1927 Paris Exhibition of Decorative Arts and Industry, some of Raymond’s pieces were noticed from their geometric quality, and he became known for utilizing a mixture of enamel and diamonds. He became one of a small group of innovative designers producing Art Deco style pieces, characterized by a minimal, geometric style influenced by Cubism and industrialism. He passed away in 1968.

Raymond Templier is featured in Edition: The Best of the Met 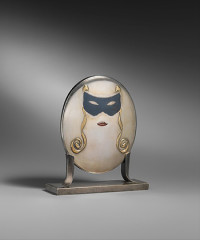