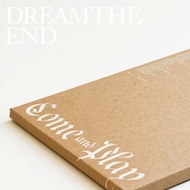 Dream The End invited artists to submit their work to be featured on our site. What we received was so beautiful and inspiring that we produced a box set of prints and a pop-up exhibition in NYC to go along with this online edition. This online edition features 20 artists and their bodies of work. One piece from each artist was selected to be part of the box set. Available for sale here.

Canan Çengel is a Turkish photographer and video artist. Studying Photography and Arts Management at Istanbul's Bilgi University, she went on to complete further art studies at the prestigious Academy of Fine Arts in Vienna. While at university, her work was featured in "Untitled2: Exposition de Photographies" in Istanbul. She currently practices photography independently, her recent images appearing in the online gallery Cargo Collective.

Currently represented by Bipolart, Carlos Valencia is a self-taught artist with a background in graffiti. He was born in 1971 and grew up in California. He lives and works in New York City. His works have appeared at Nada Art Fair: Miami Beach and the New York Art Book Fair at MoMa PS-1, and most recently in exhibitions at the Art Directors Club and Picture Farm galleries in New York.

Carolyn Hirtle is a photographer and photojournalist living in Halifax, Novia Scotia, Canada. She attended Novia Scotia College of Art and Design.

Brooklyn-based artist Christopher Clary is a prominent artist in the gay community, using online pornography and archival techniques of presentation to explore social and sexual constructions of masculinity. He gained his MFA from The American University in Washington, and his grid-based photography installations have been shown around the United States, France, and in exhibitions at New York Photo Festival and Rush Arts Gallery for SCOPENY. Clary has been featured in The New York Times and The Brooklyn Rail.

Elisabeth Condon was born in Los Angeles, received a BFA from the Otis Art Institute of Parsons School of Design and MFA from the School of The Art Institute of Chicago. She currently resides in New York City, working across mediums ranging from oil, acrylic, and water-color and drawing from sources such as Yuan Dynasty scrolls and 1970s album covers. Condon's work has been included in exhibitions at the National Art Museum of China, Beijing; 1285 Avenue of the Americas Art Gallery, New York; Weatherspoon Art Museum, Greensboro, NC; Tampa Museum of Art, FL; and the Housatonic Museum of Art, Bridgeport, CT.  In 2009, her work was featured in a survey exhibition at the Albany Museum of Art, in Albany, Georgia, for which a catalog was published. Condon is the recipient of a Pollock Krasner Foundation Grant, a Florida Individual Artist Fellowship and numerous university research grants. Her work is represented by Emerson Dorsch, Miami and Lesley Heller Workspace, New York.

Emma Tandy is an English artist born in Bahrain in 1987. She obtained a Master's degree from the Ecole Nationale Supérieure des Beaux Arts in Paris where she studied in Jean-Michel Alberola's studio. In Emma's work forms, objects, words, phrases and syntax participate in a logic that questions the boundaries between sense and nonsense.

Gabriel J. Shuldiner is an artist and jewelry designer living and working in New York City. He decided to pursue a MFA in Fine Arts at Parsons School of Design in 2007, after several years working in the music industry. His paintings have been featured at Artists Space, James Cohan Gallery, Bergdorf Goodman, and at many other galleries around New York. In 2012, a year after being personally asked by Sally Lapointe and Jose Duran to create all of the custom jewelry and accessories for their NYFW shows, Shuldiner launched his inaugural jewelry collection, a direct extension of his dark, hybrid sculptural paintings. Most recently, he was selected by the Bronx Museum of the Arts for their "Artist in the Marketplace" emerging artist program.

Hannah Lees is a mixed-media artist from Canterbury, England. She is interested in the notion of cycles - life cycles, constancy, mortality, ends and breaking points. She earned a Postgraduate Diploma in Art at Chelsea College of Art, London, and has held a number of residences in France and the United Kingdom. In 2013, she took part in the Artistes en Residence program at Clermont-Ferrand, and has upcoming shows at V22 London and SLOPES gallery in Melbourne.

Kasper Sonne is a Danish-born artist living and working in New York City and Copenhagen. He holds a BA from the Royal Danish Academy of Fine Arts, Schools of Architecture, Design and Conservation, and explores various art forms including painting, sculpture and installation. Sonne has exhibited widely at institutions and galleries internationally, including Palais de Tokyo, Paris; SAPS museum, Mexico City; SALTS, Basel; Den Frie – Centre of Contemporary Art, Copenhagen; Primo Piano, Paris; Bergen Kunsthall, Bergen; Seventeen Gallery, London; and Krinzinger Projekte, Vienna. He recently had a solo exhibition entitled "Zero Emotional Content" at The Hole, New York City. In 2014, Sonne will be featured in shows in Copenhagen, Utah, and Paris. His work has been featured in magazines such as Artforum, Art In America and Flash Art.

Leo Babsky lives and works in London and Berlin. He graduated in Fine Arts from Central St Martins College of Art and Design, London. Babsky had his first solo exhibition in Stockholm in 2011, following a role in the Artists Project at London Art Fair. He was selected for the SALON art prize in 2011, and recently completed a residency at the GlogauAIR artist residency program in Berlin. His "Total Stature" collection was displayed at the Comme des Garçons boutique in Berlin last year.

Marilou van Lierop was born in 1957 in Hulst, The Netherlands. She lives and works in Antwerp. Her work has been featured in exhibitions around Europe and at fairs including Art Basel and SLICK Art Fair Brussels. She is represented by Kusseneers Gallery, Brussels.

Rami Maymon was born in 1976 in Tel Aviv, Israel, where he has lived and worked ever since. Maymon graduated with a BFA from the Departments of Photography and Fine Arts, Bezalel Academy of Art and Design, Jerusalem and Tel Aviv and a MFA from the Cooper-Union New-York. Maymon was recipient of the Joshua Rabinowitz Foundation Prize for the Arts (2004) and the Young Artist Award from the Israeli Ministry of Culture and Sport (2009). Maymon has had solo exhibitions at the Artists Studios Gallery, Tel-Aviv, Tal Esther Gallery, Tel-Aviv, Noga Gallery of Contemporary Art, Tel Aviv,  the 12th Biennale of Contemporary Art, Naples, Italy, Herzliya museum of Art, Herzliya, Hinterhof Space, Bazel, Switzerland and at the Tel-Aviv Museum of Art, among other venues. Maymon participated in numerous group exhibitions in Israel and abroad, and his work has been published in a variety of books and magazines.

Santiago Delgado Escribano is a video artist from Alicante, Spain. He gained a BFA from California Institute of the Arts in 1999. He creates Pictovids, or pictorial videos, which are looping video clips conceived as paintings. Pictovids are to be exhibited as if they were paintings or photographs, and the viewer determines the duration of each piece.

Sarada Ravindra was born in New York to Indian immigrant parents. She graduated from Georgetown University with a Bachelor of Arts and went on to attend law school at the University of Miami. Ravindra currently lives and works in Manhattan, making art that uses geometric patterns and bold colors to explore ideas of texture, shape and structure.

Sophie Jodoin is a Montreal-based visual artist. Her austere, minimalist series frequently develop into large-scale installations of drawings, collages, paintings, objects and video. She has received grants from the Canada Council for the Arts and the Conseil des arts et des lettres of Quebec. Her work was recently featured in a solo exhibition at VOLTA NY.

Stephan Breuer is a French artist primarily concerned with the immaterial. With the vision to create a radically new reality he leads the Flying Studio by uniting a wide array of mediums. Through light, architecture, video, sculpture, sound as well as innovative sensory technologies and scientific research, he explores the boundaries of art with the aim to intensify our visionary and sensory perceptions.

In his latest exhibition “Futur Absolu” at the National Museum of The Imperial Palace of Compiegne supported by French Ministry of Culture and the RMN/Grand Palais, he presented "Prism Atemporal", a monumental immaterial light sculpture, impacting the visitors with a truly radical experience, offering a new perception of space and time and a vision of an absolute future based on altruism.

Timothy Hon Hung Lee is an English-born artist of Chinese descent. He lives and works in London, and he cites mortality, sexuality, violence and memory as recurring themes in his work, as well as Chinese history and culture. He is currently a resident artist at the Florence Trust.

Natalie Zervou and Jack Kerruish are both Norwich School of Art and Design Graduates. They live and work in London and have been collaborating since 2012. Their work has appeared in group exhibitions including PUNK-SALON at Shwartz Gallery, London, Contemporary Photography NOW at Surface Gallery, Nottingham and Fotoweek DC at Empty Stretch, Washington DC.